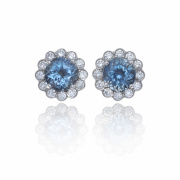 COVID-19 UPDATE: FOR SAFETY REASONS WE WILL BE TEMPORARILY CLOSED UNTIL FURTHER NOTICE

Please click here to purchase gift vouchers online or if you would like a specific amount added to a gift card, then please call us on 01865 243787 or email us at silver@payneandson.co.uk. As with all our goods we can arrange secure delivery of our gift vouchers.

Payne & Son was founded in 1790 and after eight generations is still run by members of the same family.

John Payne opened a silversmiths and jewellers in Wallingford in 1790, with other shops opening in Abingdon 1825, Banbury 1842 and Tunbridge Wells 1870, all run by various members of the Payne family. George Septimus Payne inherited the Abingdon shop in 1874, but 14 years later, he decided to move to Oxford. Payne & Son (Goldsmiths), Oxford, started trading in January 1889 and have been at 131 High Street ever since.

So now, after 230 years, we have the 7th and 8th generations of Paynes in this family business in Oxford.

Payne & Son specialises in 20th century and contemporary silver, as well as modern jewellery, and is a major stockist of Georg Jensen.